I’m a Ruby programming trying to switch from Textmate to MacVim, and I’m having trouble wading through the gargantuan lists of things you can do in VIM and all of the keypresses for them. I’m tired of hearing “You can use ‘I’ for inserting text, or ‘a’ for appending text after the character, or ‘A’ for appending text at the end of the line, or…” I can’t imagine everyone uses all 20 different keypresses to navigate text, 10 or so keys to start adding text, and 18 ways to visually select an inner block. Or do you!?

My ideal cheat sheet would be the 30-40 most-used keypresses or commands that everyone uses for writing code on a daily basis, along with the absolute essential plugins that rubyists use daily and the 10 most-used commands for them. In theory, once I have that and start becoming as proficient in VIM as I am in Textmate, then I can start learning the thousands of other VIM commands that will make me more efficient.

Or, am I learning VIM the wrong way altogether?

Here’s a tip sheet I wrote up once, with the commands I actually use regularly:

All insertion commands are terminated with to return to command mode.

All change commands except r and R are terminated with to return to command mode.

Vim has some features that make it easy to highlight lines that have been changed from a base version in source control. I have created a small vim script that makes this easy: http://github.com/ghewgill/vim-scmdiff 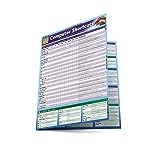 As an Amazon Associate I earn from qualifying purchases.

This site uses Akismet to reduce spam. Learn how your comment data is processed.